Olinda C. Monteiro is the next speaker. She graduated in Chemical Engineering from the University of Porto (1994). She completed a PhD degree in Chemistry from the University of Aveiro (2003) and since then she has been in the Departamento de Química e Bioquímica da Faculdade de Ciências da Universidade de Lisboa, where she was a post-doc until 2007, and ‘Ciência2007’ Assistant Researcher (2008-2012). During 2013-2015, she had an assistant professor fixed term contract. Since 2015, she is assistant researcher first as FCT Investigator (IF2014) and more recently with a CEECIND2018 contract.
Her research has been focused in the design and synthesis of tailored nanocrystalline semiconductors based materials. In particular, she is interested in the design and synthesis of novel functionalized nanotubular materials for the construction of new nanostructured platforms for photocatalytic applications, mainly for emergent pollutants removal. 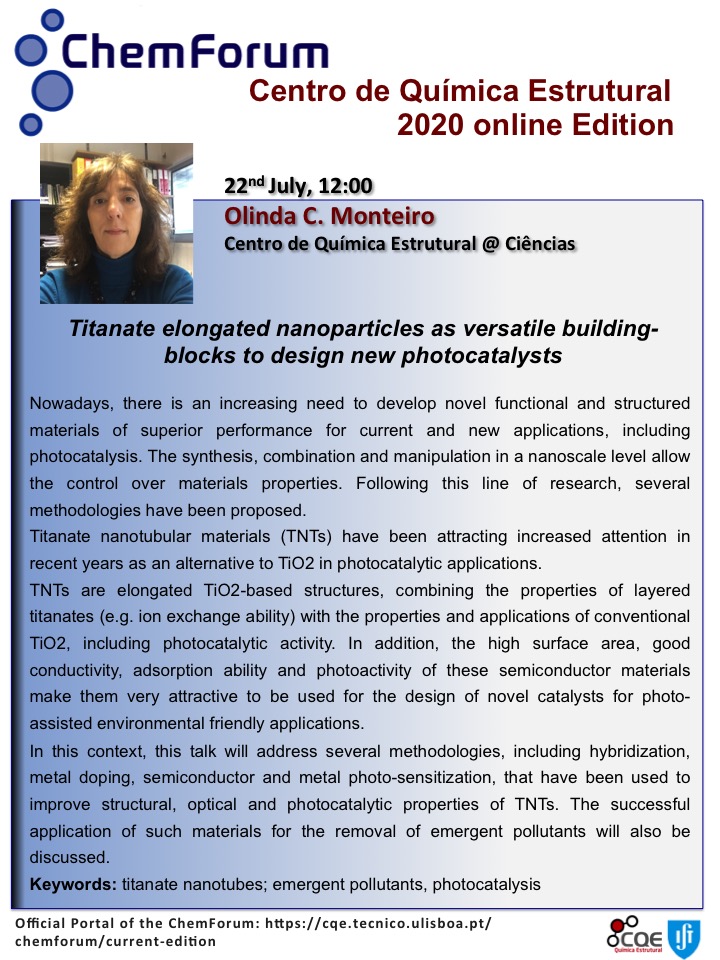