The title of Doctor Honoris Causa has been awarded by the Universidade de Lisboa to Professor Vadim Yu. Kukushkin of Saint Petersburg State University, in a ceremony held at the IST on October 14th, 2019, in which the same title was also endowed to Professor Eugenio Coronado of the University of Valencia.

Professor Armando Pombeiro of CQE and IST acted as the Godfather of Professor Vadim Kukushkin and, from the Laudatio he presented in that ceremony, one can select the following points.

Professor Vadim Kukushkin is a Collaborative Member of CQE (Group 1), has received the Distinguished Fellow Award within the 40 years celebrations of this Centre, and is Foreign Corresponding Member of the Academy of Sciences of Lisbon. These institutions are within the main proponents of the Honoris Causa proposal.

He is collaborating with this Centre for ca. one-quarter of a century and represents one of the most proficient scientific cooperations ever established between a Portuguese and a foreign institution, which has resulted in over one hundred joint publications, often in high impact journals.

He was the proponent, from the Russian side, of the Protocol of Cooperation between his University and the ULisboa (IST). The collaboration studies addressed mainly the metal-mediated synthesis of organo-nitrogen compounds, including the activation of nitriles and oximes by interaction with Pd and Pt centres.

His research mainly focuses on Platinum Group Metals and, with a multidisciplinary character, falls within fields of Coordination and Organometallic Chemistry, Metal-mediated Organic Synthesis, and Molecular Interactions, for which he has contributed with relevant developments.

His collaboration with CQE led to a progeny of meritorious young scientists who are now developing their careers at this Centre, at the Saint Petersburg State University or at other universities in various countries. Among them, we can mention Dr. Maxim Kuznetsov and Dr. Max Kopylovich at CQE, Dr. Konstantin Luzyanin at the University of Liverpool and Prof. Nadya Bokach at that Russian University.

Prof. Kukushkin is one of the most distinguished and internationally recognized scientists of his country, is Member of the Russian Academy of Sciences, has been awarded many high scientific distinctions and has positions of the highest responsibility in the science and education system of the Russian Federation.

The current Honoris Causa award to a scientist of Saint Petersburg State University is   particularly timely since 2019 is the celebratory year of the 150th anniversary of the creation of the Periodic Table of the Elements by Dmitry Mendeleev who was associated to that University. 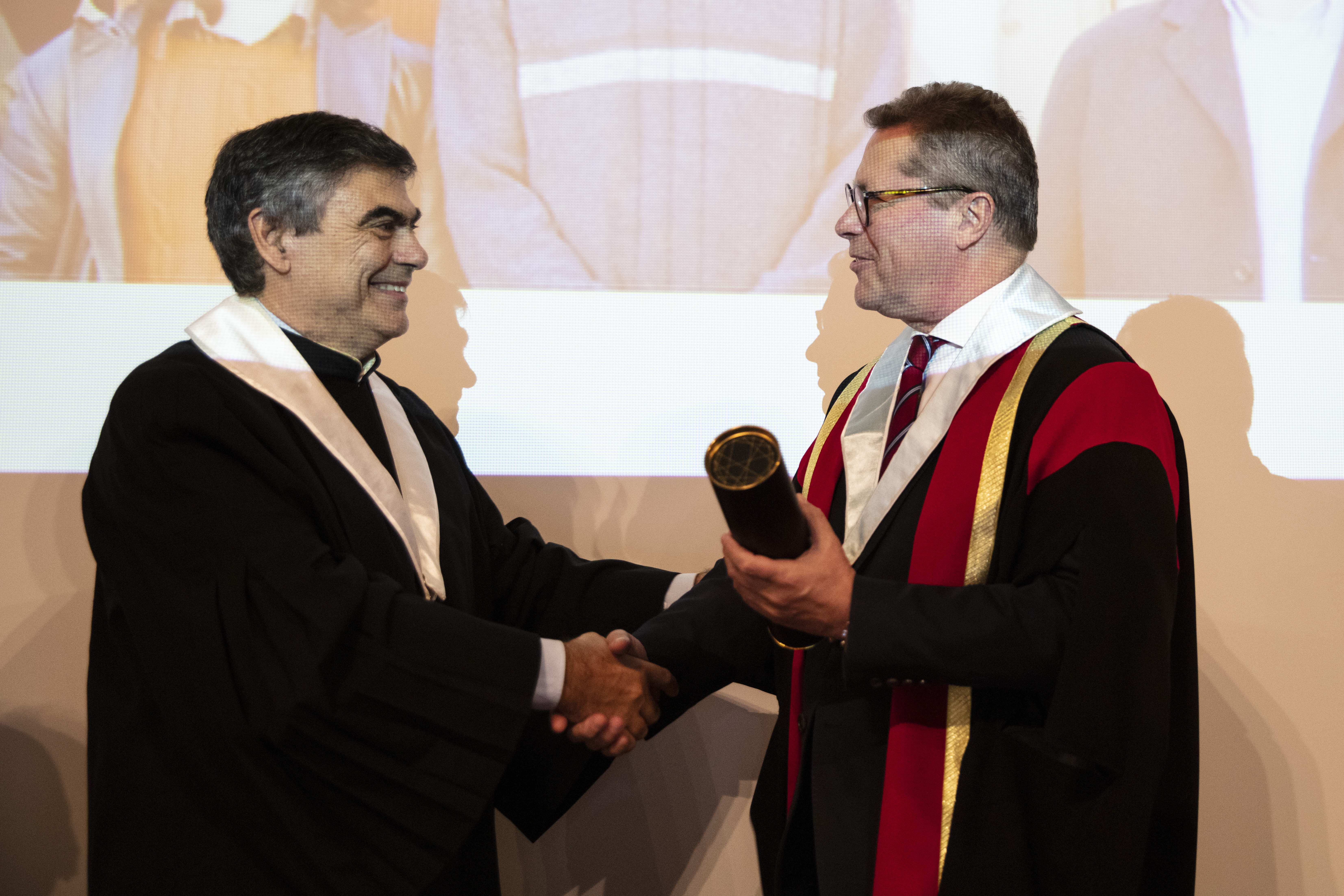 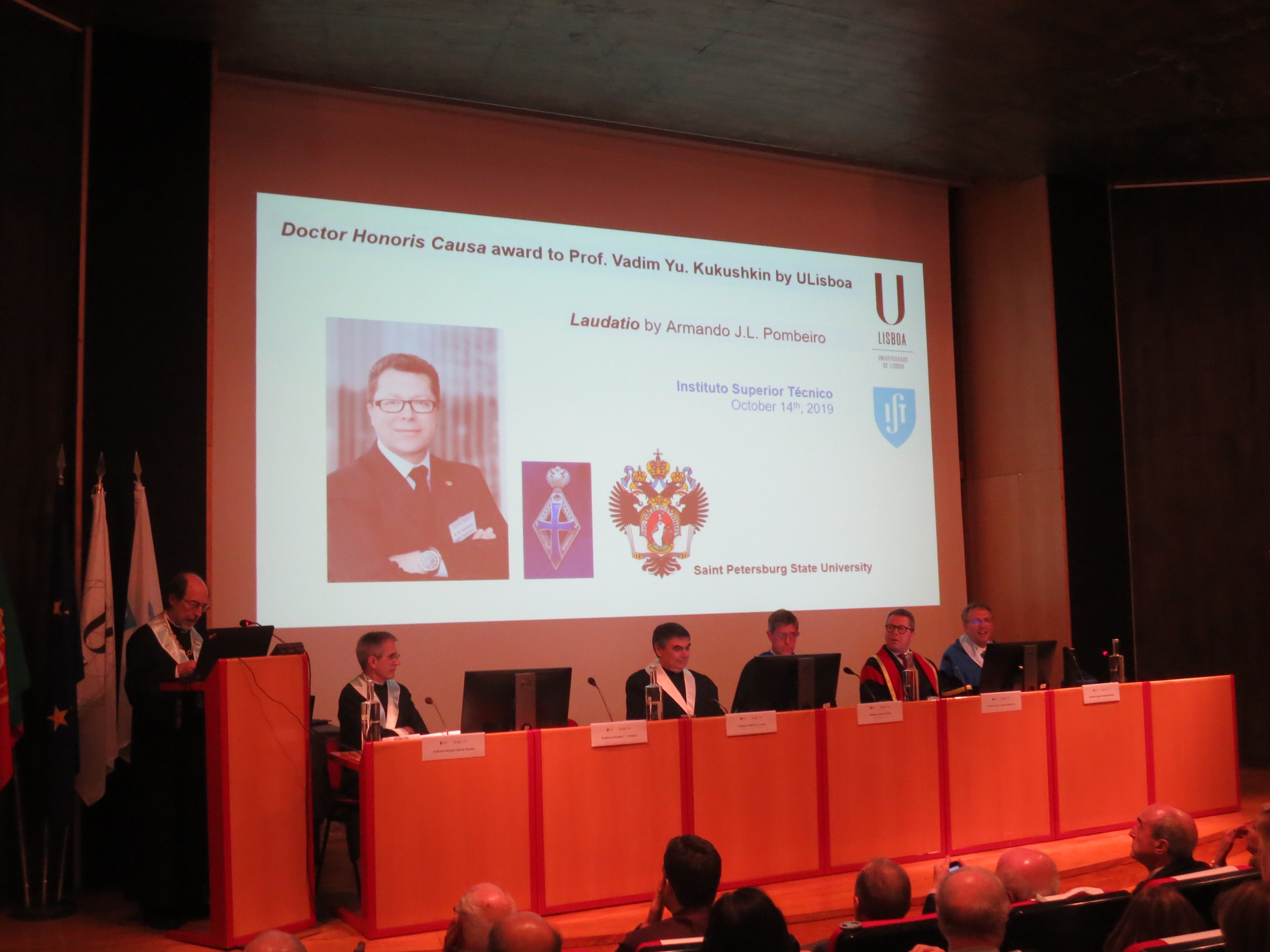