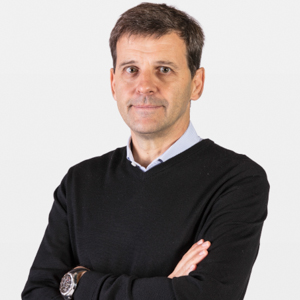 Generally my friends and colleagues call me Zé Nuno. For those unfamiliar with Portuguese, “Zé” (pronounced “zed” with no “d”) is the short name for “José”. I also use my second christian name (Nuno) to avoid confusion with the many other portuguese “Zés”.

I graduated in chemical engineering from Instituto Superior Técnico - Universidade Técnica de Lisboa (IST-UTL), Lisbon, Portugal, in 1989 and obtained my Ph.D. degree in chemical thermodynamics from the same institution in 1993. I was a post-doc at the Chemistry Department of Imperial College London, UK, in 1996 and a visiting scientist at the Laboratoire de Thermodynamique of the Université Blaise Pascal Clermont- Ferrand, France, in 2006. Currently I am an Associate Professor at IST and also an Invited Associate Professor at Instituto de Tecnologia Química e Biológica - Universidade Nova de Lisboa (ITQB-UNL). My research is carried out at Centro de Química Estrutural (CQE/IST) and also at ITQB-UNL.

My research interests include molecular modeling of complex fluids and materials, (e.g. ionic liquids). I am also involved in experimental work, namely in the measurement of thermophysical properties and fluid phase equilibria.

My main contributions in the field of ionic liquids (ILs) include the development of a systematic forcefield describing IL homologous series, the recognition of ILs as nano-segregated media, the interpretation at a molecular level of the unique thermodynamic properties of ILs and their mixtures, and the study of ILs in the gas phase.