CQE members - Kamran T. Mahmudov, Maximilian N. Kopylovich, M. Fátima C. Guedes da Silva and Armando J. L. Pombeiro edited and written a few chapters of the book entitled "Noncovalent Interactions in Catalysis" published by Royal Society of Chemistry (UK). Noncovalent interactions often provide the spine of biomolecular and material structures, and can, therefore, play a key role in biological and catalytic processes. Selectivity in chemical reactions, particularly in catalytic processes, is often an orchestral action of various noncovalent interactions occurring in intermediates and transition states. Although the role of hydrogen bonding is well explored in catalysis, the other types of weak interactions, namely cation–π, anion–π, π–π stacking, pseudo-agostic, halogen, chalcogen, pnictogen, tetrel and icosagen bonds, must also be considered. Naturally, the chemo-, regio- or stereoselectivity of a reaction depends on the stability of such noncovalent-interaction-supported species in catalytic systems. Therefore, an in-depth understanding of these weak interactions may be the key to designing new catalytic materials.
Providing an overview of the role of these different types of noncovalent interactions in both homogenous and heterogeneous catalysis, this book is a valuable resource for synthetic chemists who are interested in exploring and further developing noncovalent-interaction-assisted synthesis and catalysis. 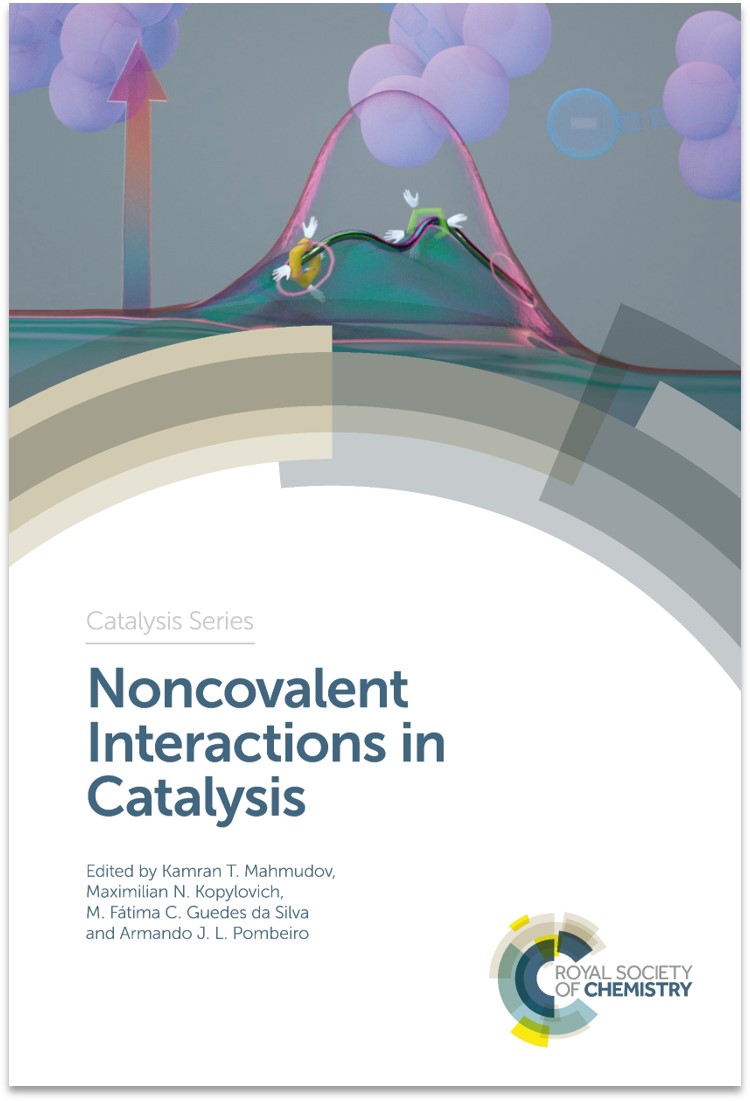